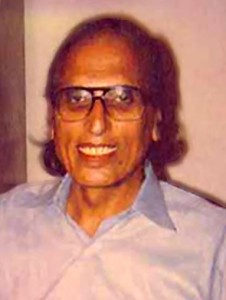 He has brought out more than seven collections of poems in Urdu and one in Hindi. He has seven collections of Ghazals: ‘Ikai’, ‘Image’, ‘Aamad’, ‘Aahat’, ‘Kulliyate Bashir Badr’, etc. He also has 2 books of literary criticism, ‘Azadi Ke Bad Urdu Ghazals Ka Tanqidi Mutala’ and ‘Biswin Sadi Mein Ghazal’. He also brought out a collection of Urdu Ghazals in the Devnagari script, titled ‘Ujjale Apni Yadon ke’. The collections of his Ghazals have been published in Gujrati script also. His works have been translated into English and French.

He has been honoured with the Padmashree award. He also has been awarded by UP Urdu Academy four times and once by Bihar Urdu Academy. He has been bestowed with the Meer Academy Award, Poet of the year’80 New York, etc.‘Aas’, the award winning collection of 69 Ghazals is the jewel in the poetic crown of Bashir Badr, one of his collections entitled ‘Kulliyate Bashir Badr’ has been published from Pakistan. The wide readership of his work has got him travelling to U.S.A, Dubai, Qatar, Pakistan, etc.

He is a pioneer, in melting the soft tenderness of Urdu communication into the English diction in many of his lyrics.It is believed that he started writing Shers at an early age of seven.

His Ghazals, like those of Meer Taqi Meer, contain highly contemporary Urdu, and are therefore easily understood and appreciated by a vast majority of people, without some extra effort. His Ghazals are primarily an expression of anguished love; in them are also expressed the mysteries of life. This, together with his many masterpieces, will forever remain as, his paramount contribution to the Urdu Poetry and Literature.